This new academy is designed to provide engaged LGBTQ+ and ally law students with the tools they need to create change in and through the legal profession. The LEAD Academy consists of three main components:

This Academy is designed to get you up to speed with the legal framework of the LGBTQ+ movement so you are prepared to be an advocate after leaving law school – no matter what area of law you practice or where you practice law!

Build lasting connections with other students and with experienced legal professionals, gain the knowledge you need to make a difference, and prepare to lead the next generation of LGBTQ+ legal advocates!

To register for the LEAD Academy, fill out the application at the bottom of this page.
Applications will close on July 15, 2020. Space is limited; applications received by June 1, 2020 will be given priority. 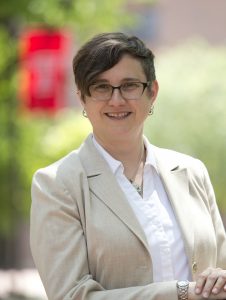 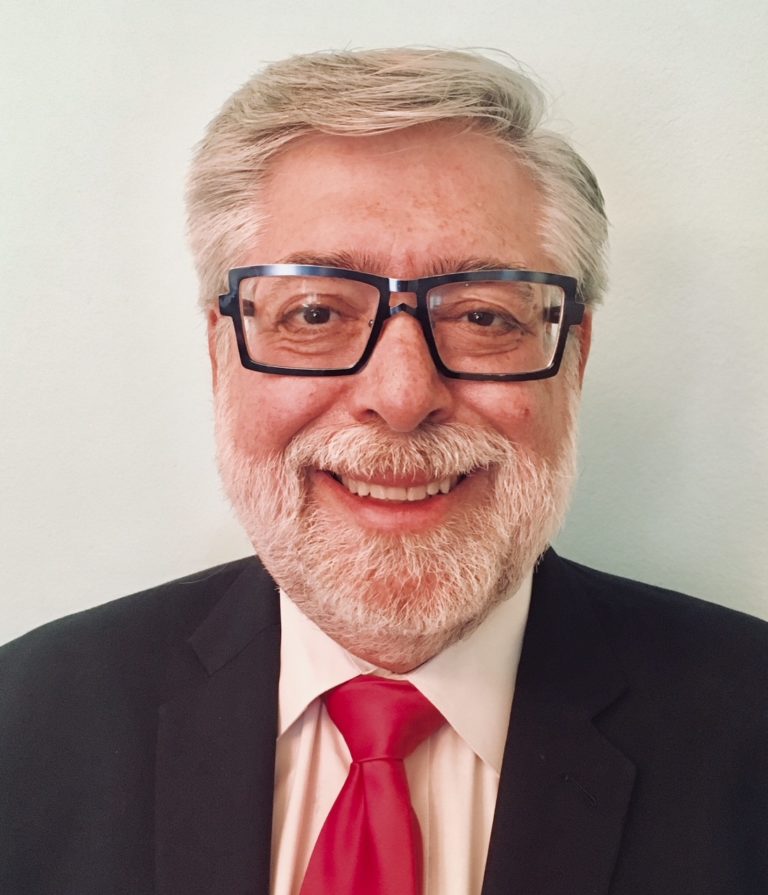 Jon W. Davidson has been one of the nation’s leading lawyers fighting for LGBTQ civil rights for more than 30 years. He was the national Legal Director of Lambda Legal, the largest and oldest national legal organization committed to achieving full recognition of the civil rights of LGBTQ people and those living with HIV, for 12 years, and worked there from 1995-2017. As the organization’s Legal Director, he was the architect of the organization’s national legal strategy and supervised its 31 attorneys and 16 policy advocates, trainers, Help Desk analysts, and legal assistants, in all six of its offices across the country. Davidson has worked on a broad range of LGBT and HIV-related legal and policy matters throughout his career, including being co-counsel in the cases that brought marriage equality to California, Nevada, Virginia and then the entire nation and that increased anti-discrimination protections for employees, students, consumers, families, prisoners, and immigrants. He was honored with the National LGBT Bar Association’s highest award in 2010.A graduate of Stanford University and Yale Law School, Davidson previously was a partner in the Los Angeles law firm of Irell & Manella and a senior staff attorney at the ACLU Foundation of Southern California. He also has taught courses on LGBT rights, constitutional law, youth law, and pretrial civil litigation at UCLA Law School, the USC Law Center, Loyola Law School, and the former Whittier Law School. 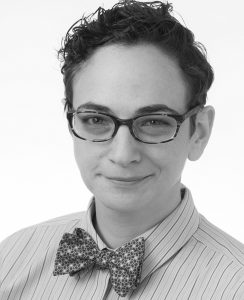 Miriam considers herself “a guidance counselor for grown-ups”, helping individuals strategically navigate their own professional paths, and counseling both grassroots and established organizations build capacity while retaining mission focus. Combining her years of experience as counsel to the C-Suite, boards of directors, in-house counsel, management and HR professionals across states, sectors and industries, Miriam founded Steer Clear LLC to assist her clientele of visionaries, founders and activists use all the resources at their disposal to budge the arc of justice ever closer to freedom. She brings her wealth of insider experience and legal knowledge to the folks who make the workplace work – the employees and social justice advocates. Having spent the majority of her practice as a member of the global Labor & Employment Group at AmLaw 100 firm Reed Smith, and supervising employment litigation for clientele of Fortune 500 insurer Chubb, Miriam has provided 360-degree workplace counseling to Fortune 20 companies, fledgling start-ups and charitable non-profits of all sizes. Through this diversity of experience, Miriam’s counsel is imbued with  the sophistication and depth that provides her clients with the upper hand in assessing and exercising their options and rights. Grounded in real-world applications, Miriam’s working knowledge of both the relevant law and of common practices and pitfalls helps her protect her clients’ interests at each and every stage of their matters. As both an attorney and civil rights activist, Miriam has developed measurable, enhanced workplace compliance training aimed at improving both diversity and inclusion through cultural competency, drawing on her experience as Director of Strategic Partner Programs for Lambda Legal. In addition to founding Steer Clear, Miriam serves as Of Counsel to both the Law Office of Jillian T. Weiss, based out of NYC and representing LGBTQ+ workers across the country, and Monroe Law, a boutique law practice in Philadelphia. 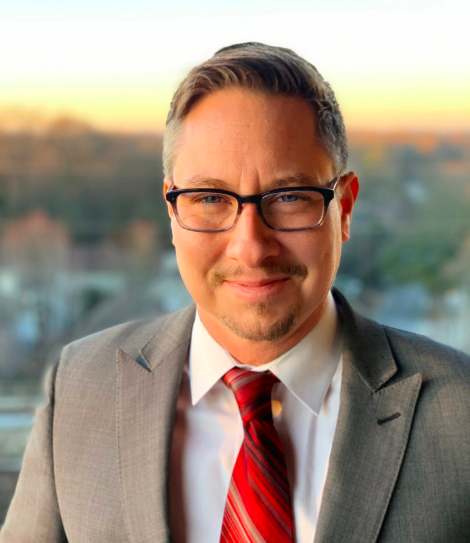 Dru Levasseur is the Deputy Program Officer, expanding the LGBT Bar’s programmatic work and increasing engagement with law schools and students, firms, and corporations. A leading figure in the LGBT equality movement for more than a decade, Dru has extensive experience in LGBT law, advocacy, philanthropy, and community organizing. Previously, Dru was Senior Attorney and Transgender Rights Project Director for Lambda Legal, the oldest and largest national legal organization committed to achieving full recognition of the civil rights of LGBTQ+ people and people living with HIV. From 2009-2019, Dru led Lambda Legal’s transgender rights work through strategy development, impact litigation, policy advocacy, and public education. He served as counsel in landmark impact litigation cases and amicus briefs in federal courts, including the U.S. Supreme Court. Dru was also instrumental in the creation and development of Lambda Legal’s Transgender Rights Project in 2013, as well as Lambda’s Trans Toolkit. Upon his departure, transgender rights was the largest portion of Lambda’s litigation docket, integrated across all areas of work, including health care, employment, education, housing, and criminal justice. Prior to joining Lambda Legal, Dru was the first staff attorney at Transgender Legal Defense & Education Fund, and before that, served as a law clerk in the Massachusetts Superior Court. In 2007, Dru co-founded the Jim Collins Foundation, a trans-led national nonprofit that funds surgeries for transgender people in need, and he continues to serve as a working group member for Grantmakers United for Trans Communities. Dru received his B.A. from the University of Massachusetts, his J.D. from Western New England University School of Law, and is admitted to practice in DC, NY, GA, and MA. He is a bereaved step-parent and lives with his partner, Rebekah Spicuglia, in Atlanta, GA after a decade in NYC. Dru has experience speaking on a number of issues related to LGBT rights and the law and is available to speak at future events. 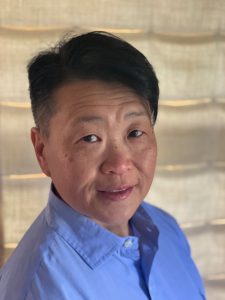 Angela is licensed in both Texas and California and started out her career clerking for a Bankruptcy Judge in Dallas, Texas. Her experience has also included practicing in law firms as well as providing counsel to large multi-national technology companies and small venture-backed firms. For the past seven years, she has been involved in venture backed companies focusing on Digital Health. She is currently at Grasshopper Ventures. 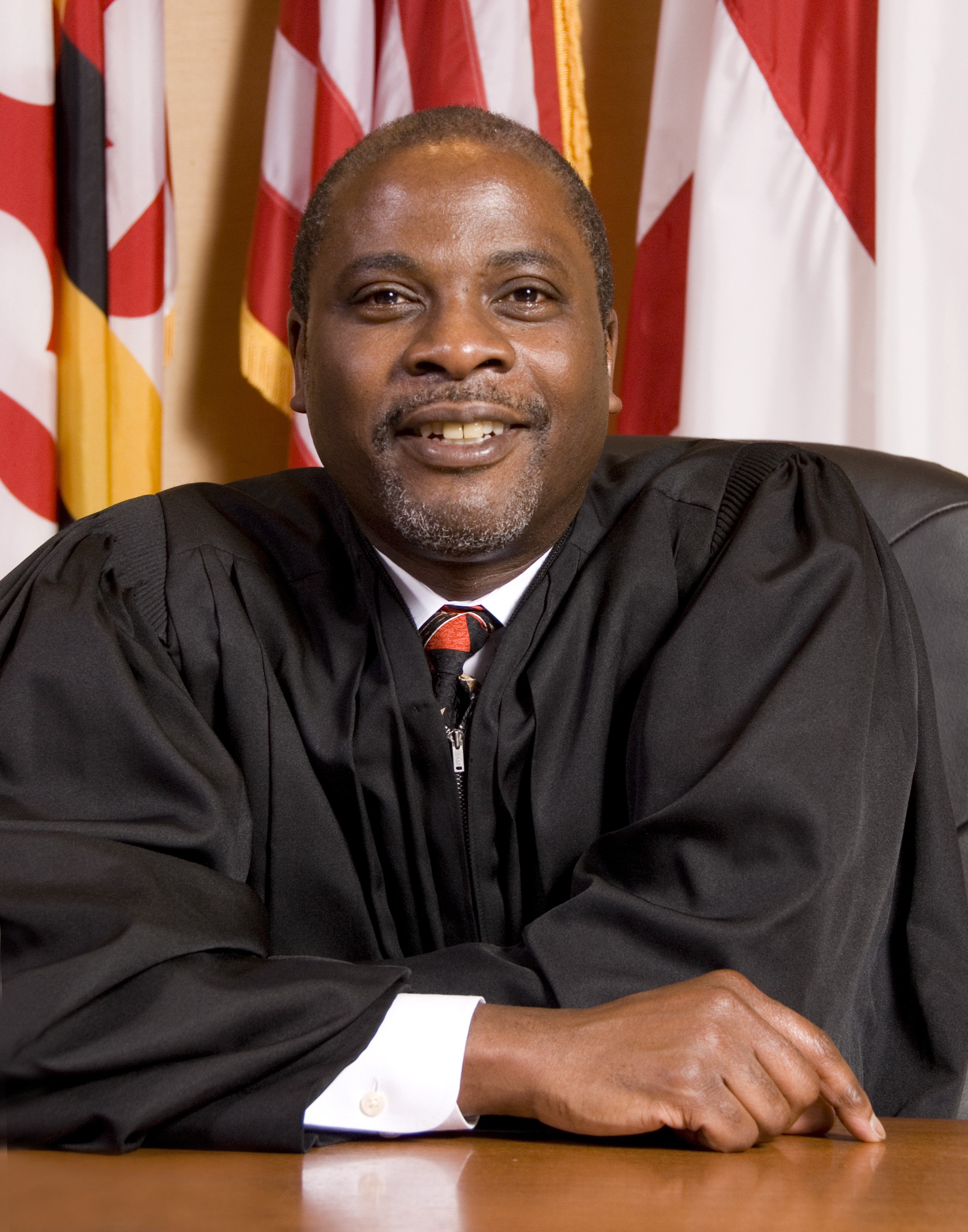 April 30, 2016, Judge Larnzell Martin, Jr., retired as an Associate Judge of the Prince George’s County, Maryland Circuit Court where he had been a member of that Court beginning in December 1990.  He continues to serve as a Senior Judge for the Maryland Judiciary. Judge Martin’s judicial assignments have included service as the Administrative Judge of the District Court of Maryland for Prince George’s County, chairing the Maryland Judicial Conference’s Committee on Family Law, membership on the Judiciary’s Technology Oversight Board and Lead Judge for the Prince George’s County Model Court.   December 2014 through 2017, he served as the first Chair of the Maryland Judicial Council’s Court Access and Community Relations Committee. He has also served as an instructor for the Maryland Judicial Institute, now known as the Judicial College.  Prior to his May 1988 appointment to the District Court of Maryland, Judge Martin was the County Attorney for Prince George’s County, the first African American to serve in that capacity for any of Maryland’s counties. Judge Martin is a member of the International Association of LGBTQ+ Judges, having formerly served as Secretary. A 1972 graduate of Carleton College, he currently serves on the College’s Board of Trustees and is a former member of his alma mater’s Alumni Council and its Out after Carleton Leadership Committee.  Judge Martin received his Juris Doctorate in 1975 from Georgetown University Law Center. 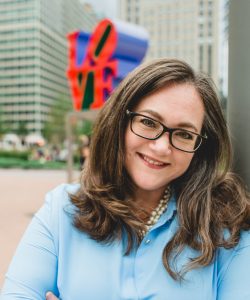 Tiffany L. Palmer has dedicated her legal career to the achievement of social justice and equality in the field of family law, adoption and assisted reproductive technology law. Her work has helped create major advances in the legal rights of LGBTQ families in Pennsylvania and New Jersey. Tiffany Palmer is a founder and shareholder in Jerner & Palmer, P.C., in Philadelphia, Pennsylvania. She has been counsel on a number of groundbreaking trial and appellate cases affecting the rights of LGBTQ parents as well as for those who conceive through assisted reproductive technologies. She was counsel in the Sherri Shepherd surrogacy case (In Re Baby S) in 2015, which held for the first time that surrogacy contracts are legally enforceable in Pennsylvania. In 2018, she argued before the Pennsylvania Supreme Court (C.G. v. J.H.) on issues related to expanding the definition of legal parent to protect the rights of same-sex co-parents. She has co-counseled one of the only cases nationally to recognize the child support obligations of non-biological intended parents before marriage equality (LSK v. HAN). Tiffany and her firm’s strong commitment to pro bono service to the LGBT community is reflected in the many nationally significant cases they have handled. They were co-counsel in Cozen O’Conner v. Tobits, in which a federal judge held that a woman could not be denied her female spouse’s retirement benefits when her spouse’s parents tried to claim them.  Tiffany and her law partner Ben Jerner were co-counsel on two of six challenges to Pennsylvania’s discriminatory laws barring same-sex marriage (In Re: Estate of Burgi-Rios and Palladino v. Corbett), both resolved successfully, after a federal judge struck down Pennsylvania’s same-sex marriage ban.  Tiffany and her law partner Rebecca Levin were co-counsel on K.A.F. v. D.L.M., a New Jersey Appellate Division psychological parent case expanding the rights of stepparents to seek custody of the children they raise. Tiffany is a regular presenter at the Lavender Law Conference of the National LGBT Bar Association.  Tiffany also currently serves as the Director of the Family Law Institute. In 2002, Tiffany and Conference Co-Chair David Rosenblum founded the annual Lavender Law Career Fair, now the largest annual minority group career fair in the country. In 2018, Tiffany received the “Justice in Action Award” from the Mazzoni Center in Philadelphia for her legal work on behalf of LGBT rights. In 2014, Tiffany received the Rutgers University School of Law Mary Philbrook Public Interest Award for her case work and pro bono service on behalf of advancing the rights of LGBTQ families in Pennsylvania. In 2019, Tiffany received the Hazel Frank Gluck Award from the Center for American Women in Politics, presented annually to acknowledge the accomplishments of NEW Leadership™ New Jersey graduates who have emerged as inspiring advocates, candidates and community leaders. Tiffany began her legal career in 1998 with a prestigious Equal Justice Works public interest fellowship, where she created a legal department at a new Philadelphia nonprofit (the Center for Lesbian and Gay Civil Rights, then Equality Advocates Pennsylvania).  Tiffany launched the Family Rights Project to provide direct legal services to low-income LGBT Pennsylvanians to mitigate the consequences of the legal non-recognition of their relationships. Tiffany graduated from Rutgers University School of Law in 1998 through the joint degree program, also earning a Master’s Degree in Public Policy and Politics. She is a 1994 graduate of Northern Arizona University with a Bachelor’s Degree in journalism. In May 2019, Tiffany won the Philadelphia Primary Election for Judge of the Court of Common Pleas and is the Democratic Party nominee for the November 2019 General Election. Tiffany and her wife Lee Carpenter live in Philadelphia with their 12-year-old daughter and their Australian Cattle Dog. 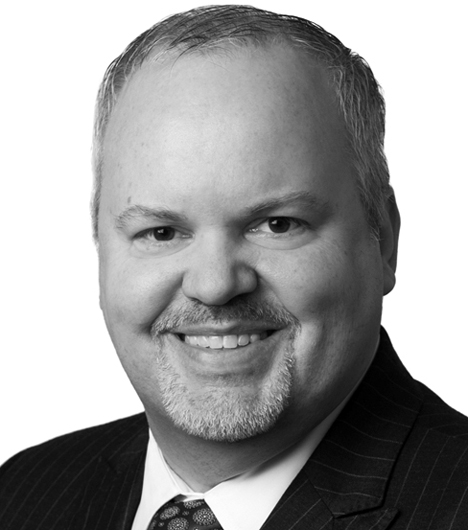 Alan is a partner in Reed Smith’s Appellate Group. Alan has been involved in appellate law since the inception of his legal career, serving from 1989 to 1990 as briefing attorney to Justice Sam Robertson on the Fourteenth Court of Appeals. Since that time, Alan has maintained an active involvement in appellate bar activities, serving as chair of the Houston Bar Association Appellate Practice Section, and as a council member of the State Bar of Texas Appellate Practice Section. He has also served as a judicial liaison between these bar sections and the judiciary, and has co-authored and co-presented numerous CLE topics with members of the appellate judiciary. 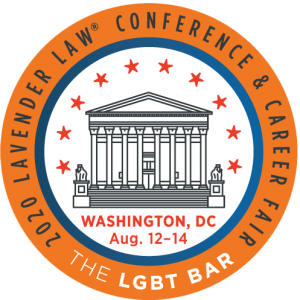 Stay up to date with current LGBT Bar Association news.