The LGBT Bar’s “Nuts & Bolts Academy for Judicial Candidates” seeks to provide interested legal professionals with the tools they need to end up on the other side of the bench. This intensive workshop welcomes legal professionals from all backgrounds and parts of the country, and particularly encourages attorneys of color, transgender attorneys, and women attorneys to participate. The LGBT Bar believes diverse perspectives bring diverse experiences to the bench – and diverse experiences lead to better judgments.

Our Judicial Nuts & Bolts Academy offers serious candidates planning to seek a judicial position in the next three years – either through appointment or election – with a foundation in those processes, as well as small-group mentoring from current LGBTQ+ judges with experiences in elections as well as nomination and appointment procedures.

Attendees will have significant small-group time with current judges for conversation about the pathway to the specific jurisdictions identified as being of interest, as well as networking time with other prospective candidates. This year, for the first time, our faculty will include three groundbreaking LGBTQ+ federal judges as well as our esteemed LGBTQ+ state and municipal judges, and will dedicate significant discussion time specifically to the federal nominations process.

The 2021 Judicial Nuts & Bolts Academy will be held in conjunction with the 2021 Lavender Law® Conference & Career Fair on Saturday, July 31 from 1:00pm – 6:00pm Eastern. Only registered Conference attendees are eligible to attend the Academy. 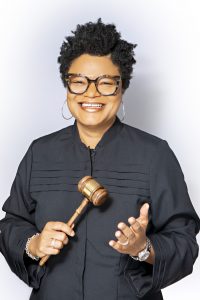 Judge Rachel L. Bell is a third generation Native Nashvillan and proud graduate of Hillsboro Comprehensive High School, where she was a stellar basketball player. Judge Bell received a NCCA, Division I-Women’s Basketball scholarship to Auburn University and finished her collegiate career at The University of Memphis earning her Bachelor of Science in Education and her Juris Doctorate Degree from Cecil C. Humphreys School of Law. In 2012, Judge Bell, was elected General Sessions Court Judge, Division VIII (8) and unanimously re- elected in 2014 to another term, with her campaign slogan: “Nashville’s Judge serving ON and OFF the bench, Ringing the BELL for Justice!!™” In August, 2014, Judge Bell was elected by her peers to be the Presiding Judge over the Davidson County General Sessions Court for a one (1) year term and re-elected to a second term in August, 2015 to serve until September 1, 2016. Prior to her election to the court in August 2012, Judge Rachel was the Managing Partner of Bell & Kinslow, PLLC and Founder & COO of Pinnacle Title & Escrow, LLC with offices in both Bordeaux- North Nashville, West Nashville, Hermitage and Memphis, TN. Throughout her personal and professional life, she currently and previously served on several boards such as Hands on Nashville, Davidson County Industrial Development Board, Juvenile Diabetes Research Foundation, (JDRF), Golfers Recognizing Opportunities for Women (GROW), Women in Numbers (WIN), Disciples Village, Nashville Black Chamber of Commerce, East Nashville Hope Exchange, Disciples of Christ National Convocation Board of Trustees and National Hope Partnership for Transformation Trustees and Board Advisor for Kaplan Career Institute. Judge Bell is also the proud founder of the Ring the BELL Foundation, Inc. and the co-founder and Board Chair/President for the Bordeaux-North Nashville Chamber of Commerce. In 2017, Judge Rachel married her wife, Dr. Dorsha, an Emergency Medicine Physician, becoming the 1st openly gay Judge in Nashville, TN. Judge Rachel and Dr. Dorsha are Co-CEO’s of Solutions NOW, Inc. and founders of myURGENCYMD, a telemedicine company and the “i am . . . just human.” movement. Judge Rachel cares deeply about equal justice and her mantra is, “Justice does NOT stop at the courthouse steps!”® 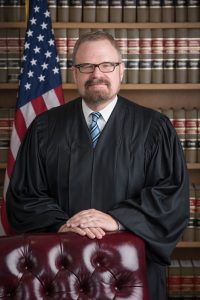 Michael W. Fitzgerald is a United States District Judge for the Central District of California.  He was appointed in 2012.  He was the second openly gay man to be appointed an Article III judge, and was the first LGBT Article III judge outside of Manhattan.  Before his appointment, Judge Fitzgerald practiced at Corbin, Fitzgerald & Athey LLP and its predecessor firms, focusing his practice on federal criminal cases and commercial litigation.  While in private practice, he served as pro bono trial counsel for the class of LGBT FBI agents, employees and applicants in Buttino v. Federal Bureau of Investigation, et al.; the case resulted in the FBI’s abandoning its practice of not hiring openly LGBT agents.  Judge Fitzgerald served as an Assistant United States Attorney in Los Angeles from 1988 to 1991.  He is a lifetime member of the LGBTQ+ Bar Association of Los Angeles. Judge Fitzgerald clerked for the Honorable Irving R. Kaufman of the United States Court of Appeals for the Second Circuit from 1985 to 1986.  In 1985, he graduated from the School of Law of the University of California at Berkeley (Berkeley Law), where he was elected to the Order of the Coif.  He received his undergraduate degree magna cum laude from Harvard University. 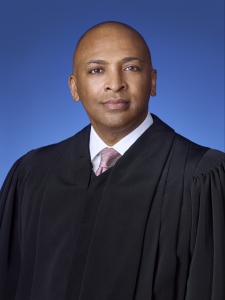 Judge Darrin Gayles is a United States District Judge for the Southern District of Florida.  Following his 2014 nomination to the District Court by President Obama, the United States Senate unanimously confirmed Judge Gayles’ nomination by a 98-0 vote – making Judge Gayles this nation’s first openly gay, African-American man to serve on the federal bench.  Judge Gayles previously served for more than ten years as a judge of Florida’s 11th Judicial Circuit.  A graduate of Howard University and the George Washington University Law School, Judge Gayles has been a leader and active participant in South Florida’s legal and civic communities.  He has been the recipient of numerous awards, including the National Bar Association’s 2019 Judicial Service Award, the Dade County Bar Association’s President’s Award, and the Lawyers in Leadership Award from the University of Miami’s Center for Ethics & Public Service. 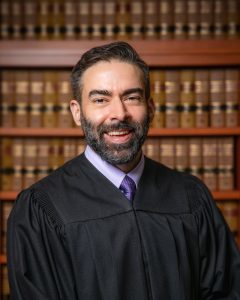 Judge Mike Jacobs has served since June 2015 on the State Court of DeKalb County, Georgia. He is the first openly bisexual person to serve as a trial or appellate judge in the United States. Prior to his judicial service, Judge Jacobs served ten and a half years in the Georgia House of Representatives. His legislative service included five years as chairman of the Metropolitan Atlanta Rapid Transit Oversight Committee (MARTOC), the joint House and Senate committee that oversees the management, budget, and fiscal affairs of Metro Atlanta’s transit system. In 2010, he received the Allen Thornell Political Advancement Award from Georgia Equality for passing a stronger anti-bullying law for public schools. Judge Jacobs received his law degree in 2003, magna cum laude, from the University of Georgia School of Law, where he was the executive articles editor of the Georgia Law Review. He received his bachelor’s degree in 1997 from Georgetown University. Judge Jacobs serves on the boards of the International Association of LGBTQ+ Judges, Stonewall Bar Association of Georgia, and Leadership DeKalb. He also serves on the Judicial Council of Georgia’s Committee on Access to Justice. Judge Jacobs was recognized by the Stonewall Bar Association of Georgia in 2019 with its award for Outstanding Service to the Stonewall Community and by the International Association of LGBTQ+ Judges in 2020 with one of its President’s Awards. He and his wife Evan are the proud parents of three children, Jonah, Eli, and Samantha. 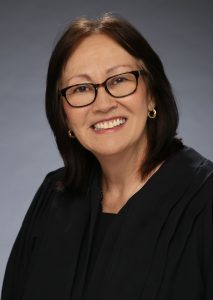 Justice Sabrina Shizue McKenna grew up in Japan and the Philippines. She then received a B.A. from the University of Hawaii at Manoa (UHM) and a J.D. from UHM’s William S. Richardson School of Law (WSRSL). She was then a civil litigator, general counsel to a Japan-based conglomerate, and an assistant professor at WSRSL. In 1993, she was appointed a Hawaiʻi state limited jurisdiction trial judge, and in 1995, a general jurisdiction trial judge.  In 2009, she was appointed presiding judge of Oʻahu’s family court.  Upon her appointment to the Hawaiʻi Supreme Court in 2011, she became the first openly LGBTQ Asian American to serve on a state court of last resort.  Her awards include the ABA’s Stonewall Award and the National Asian Pacific American Bar Association’s Daniel K. Inouye Trailblazer Award. 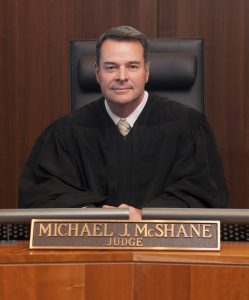 Michael Jerome McShane is a United States District Judge of the United States District Court for the District of Oregon.  Judge McShane grew up in rural Eastern Washington and has spent most of his life in the Pacific Northwest.  He attended Gonzaga University in Spokane, Washington, where he obtained his degree in English Literature.  In 1983 he joined the Jesuit Volunteer Corps and was sent to work with homeless parolees in Portland, OR.   After obtaining his JD from Lewis and Clark Law School in 1988, he went to work at the Metropolitan Public Defender’s Office in Portland, where (in addition to representing the getaway driver in the Tonya Harding case) he served as the senior supervising attorney.  Prior to serving on the federal court, Judge McShane was a Multnomah County Judge for fifteen years, presiding over a variety of criminal and civil cases.  He was appointed to the county’s death penalty panel in 2003 and handled over 25 capital cases.  He teaches extensively on trial practice, advocacy, and evidence and he focuses much of his time off the bench working with at-risk youth.  He sits on the boards of The Wayne Morse Center for Law and Politics and the Jesuit Volunteer Corps Northwest. 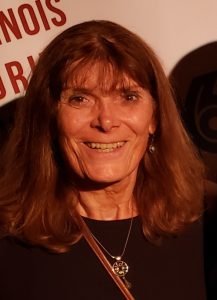 Jill Rose Quinn has an extensive legal background in the private sector. She has a lifelong dedication to community service. After graduating from The John Marshall Law School in 1983, she worked for small law firms including one in which she represented local government units. Throughout her career, she handled over 4,000 cases and performed appellate work. Jill started her own practice in 1997 and focused on helping neighborhood residents with financial challenges, family law matters, small business operations, probate and criminal law. Throughout her life Jill has believed in giving back to others. Before moving to Chicago, she was a community organizer in economically disadvantaged areas in Houston and Des Moines and helped form neighborhood action groups dedicated solving problems such as lack of zoning and dangerous traffic, as well as addressing utility and taxation issues. Her compassion for others and sense of fairness is what helped inspire Jill to practice law. As a child, she realized that many people were not treated equally under the law because of their race, religion or nationality. Jill decided then that she wanted to be a lawyer to fight for all people’s rights and equality. Being transgender has taught Jill firsthand what it is like to be marginalized and the vital importance of treating all people with fairness, decency and compassion. In November of 2020, Jill was elected to the office of Cook County Circuit Court Judge. She is the first openly transgender circuit court judge in the State of Illinois and the first openly transgender elected official in the State of Illinois. She is currently serving in the Traffic Division, Municipal Department. Her perspective as a member of the transgender community and as a sole practitioner brings a unique dimension to the Cook County Bench. 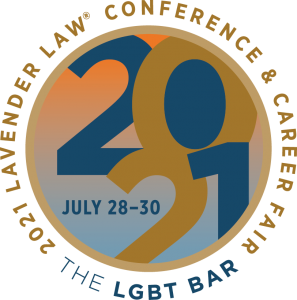 This website uses cookies so that we can provide you with the best user experience possible. Cookie information is stored in your browser and performs functions such as recognising you when you return to our website and helping our team to understand which sections of the website you find most interesting and useful.

Strictly Necessary Cookie should be enabled at all times so that we can save your preferences for cookie settings.

If you disable this cookie, we will not be able to save your preferences. This means that every time you visit this website you will need to enable or disable cookies again.

This website uses Google Analytics, WebLeads, Facebook Pixel, LinkedIn, and AdRoll to collect anonymous information such as the number of visitors to the site, and the most popular pages.

Please enable Strictly Necessary Cookies first so that we can save your preferences!