Each year, the Director of the LGBT Family Law Institute will appoint a committee to make a single nomination subject to approval of the LGBT Bar. 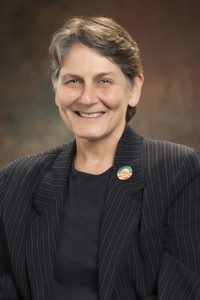 The National LGBT Bar is proud to honor Abby Rubenfeld with the 2020 Leading Family Law Practitioner Award. Abby has been a family law and civil rights lawyer as well as a law professor, and is one of our organizational founders. Abby started her own practice in 1979, Rubenfeld Law Office, PC; her work includes an emphasis on family law, LGBTQ+ and AIDS-related issues, and civil rights cases. She initiated the Tennessee marriage equality case, Tanco v. Haslam, in 2013 and served as co-counsel for those plaintiffs. In 1996, Abby succeeded in a four-year effort to overturn the Tennessee statute criminalizing private same-sex consensual adult sexual behavior.

Abby served as the Legal Director of Lambda Legal from 1983 to 1988, where she built the impact litigation organization’s legal program from a small docket to a nationally respected legal entity. During that time, she was also the editor of the AIDS Legal Guide, the first AIDS-related legal publication in the country. Abby was a founding member of the National LGBT Bar Association (then known as the National Lesbian and Gay Law Association), and has served on the Boards of Directors of the National Gay and Lesbian Task Force and the Human Rights Campaign. More recently, Abby was an Adjunct Professor at Vanderbilt University in Law School where she taught a course on Sexual Orientation and the Law. She has also served as the Chair of the American Bar Association Section of Individual Rights and Responsibilities, now called the Section on Civil Rights and Social Justice. Through Abby’s diverse work, she has played a leading role in advancing the rights of LGBTQ+ families in her practice and in her advocacy.

In 1988, she received the Harvey Milk Award from the National Lesbian and Gay Health Foundation in recognition of her “precedent setting civil rights efforts.” In 1996, Abby received the Bill of Rights Award from the ACLU of Tennessee for overturning the state “homosexual act” criminal statute. In 1997, the National LGBT Bar awarded her with the Dan Bradley Award for furthering LGBTQ+ equality under the law. In 2003, she was honored with the Equality Award from the Tennessee chapter of the Human Rights Campaign. In 2015, she was awarded the Justice Award from the National Center for Lesbian Rights and the Bill of Rights Award from the ACLU of Tennessee for her work in Tanco v. Haslam. She was named Nashvillian of the Year in 2015 by the Nashville Scene magazine, along with Tanco v. Haslam co-counsel Bill Harbison, and also received the 2016 Tune Award from the Nashville Bar Association with co-counsel Bill Harbison, the highest award given by the Nashville Bar Association. Also in 2016, she received the Stonewall Award from the American Bar Association Sexual Orientation and Gender Identity Commission. Among her many awards, she was also recognized in 1995 and 1996 by Out Magazine as one of the 100 most influential and impressive LGBTQ+ people around the world. Abby received her J.D. from Boston University School of Law, and an A.B. with honors from Princeton University.