We hope you enjoy this second installment of the LGBT Family Law Institute‘s Blog. This piece is written by Rebecca G. Levin, Esq. of Jerner & Palmer, P.C. 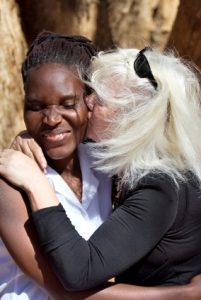 What is a common law marriage?

Under the U.S. Supreme Court decision in Obergefell v. Hodges, the United States Constitution requires that same-sex couples be permitted to enter marriage on the same terms — whether ceremonial or common law — as are accorded different-sex couples. Thus, it follows that state courts have the power to declare same-sex relationships to be common-law marriages if they would accord the same status to a heterosexual union. This is the case in states where common law marriages were abolished prior to the legal recognition of same-sex marriage. In Pennsylvania, for example, where a same-sex common marriage will be recognized if contracted prior to January 1, 2005 even where Pennsylvania did not recognize same-sex marriages until May 20, 2014. In the 2017 Pennsylvania Superior Court case, In Re Estate of Carter, the court held, “[S]ame-sex couples have precisely the same capacity to enter marriage contracts as do opposite-sex couples, and a court today may not rely on the now-invalidated provisions of the Marriage Law to deny the constitutional reality.” In South Carolina, a court declared at a same-sex couple was married since 1987, even though South Carolina did not recognize same-sex marriage until November 20, 2014.

Proving a common law marriage status can be particularly important for same-sex couples who have been in a long-term relationship but were prevented from entering into a ceremonial marriage for many years by laws that have since been declared unconstitutional. An individual may also be able to establish a same-sex common law marriage even where a spouse died prior to same-sex marriage becoming legal in the jurisdiction where they lived.

Even where a couple entered into a ceremonial marriage, they could be eligible for a declaration of an earlier, common law marriage date if they meet the requirements. This is important because some benefits (such as Social Security or alimony benefits) require a certain length of a marriage in order for a spouse to access such benefits. This may also be important in the event of the breakdown of marriage, where the length of the marriage is an important factor when considering issues of alimony or equitable distribution.

Individuals seeking to be recognized as a common law spouse, should consult an attorney familiar with the application of this status in the jurisdiction where you live and remember that, even if you live in a jurisdiction that no longer recognizes common law marriage, you may still be successful if the marriage as contracted in a state that recognized that status at the time that you lived there.