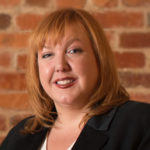 D’Arcy brings more than two decades of non-profit and social justice experience to her role as The LGBT Bar’s executive director. Under her leadership, The Bar has become the largest and most recognized organization of LGBT legal professionals in the country. In addition to orchestrating a coalition of more than 25 local, state, and regional LGBT bar associations, and dozens of LGBT law student associations, D’Arcy has overseen the annual “Lavender Law” Conference and Career Fair with thousands of attendees each year.

D’Arcy is a frequently quoted expert on LGBT legal issues, appearing in media outlets including The ABA Journal, ABC News, Time Magazine, and others. She is a distinguished graduate of the University of Wisconsin and the Hamline University School of Law. She has experience speaking on a number of issues related to LGBT rights and the law and is available to speak at future events. 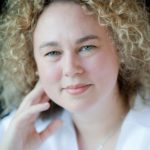 Judi joined the LGBT Bar’s team in 2017, and works on a broad range of programmatic initiatives including building the Bar’s law school affiliate program and supporting the work of the Family Law Institute. Judi brings over twenty years of legal and political experience working for equality within the LGBT community. While in law school, she worked against anti-gay ballot initiatives in Oregon; after graduating and entering private practice, she moved to Georgia and worked on behalf of local and national LGBT groups as a pro bono attorney, drafting and lobbying for successful non-discrimination protections and domestic partnership benefit programs for several Georgia municipalities, including Atlanta and Athens. In 2004, she served as President and Campaign Chair for the campaign for the Athens, Georgia area in opposition to Georgia’s constitutional amendment banning same-sex unions, and continued grass-roots organizing and local political work after the campaign. Judi also was the lead plaintiff from 2004-2006 in the case of O’Kelley v. Perdue, in which Lambda Legal, the Georgia ACLU, and the law firm of Alston & Bird sought to strike down Georgia’s anti-marriage amendment. Judi then spent over eleven years on the staff and in senior management of Lambda Legal in roles ranging from Southern Regional Director, to Director of Life Planning, to Deputy Director of Development, to Director of Leadership. Along the way she moved to Seattle, Washington, where she is involved with a number of local LGBT groups as the Bar’s West Coast outpost.

Judi received her B.A. from the Colorado College in 1990. After receiving her J.D. from the University of Oregon School of Law in 1996, she served as a law clerk for Judge James L. Oakes of the U.S. Court of Appeals for the Second Circuit and practiced appellate and employment law in Atlanta for Jones Day and two boutique law firms, before joining Lambda Legal in 2006. Judi has roots in the Washington, D.C. metro area as well as Juneau, Alaska, and is admitted to practice in DC, Alaska, and Georgia. She lives in Seattle with her spouse and twin teenagers, with whom she laughs, cooks, plays video games, and watches Star Trek. Judi has experience speaking on a number of issues related to LGBT rights and the law and is available to speak at future events. 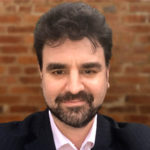 Seth is an attorney and seasoned fundraiser and raises funds to support and expand the LGBT Bar’s work to promote justice and protect the LGBT community.

As a senior at Brandeis University, Seth spent a year at GLBTQ Legal Advocates and Defenders (GLAD) working as an intake volunteer.  Answering countless questions from members of the LGBTQ community, Seth saw how a small, dedicated staff tackled enormous problems and helped thousands of people obtain the equality they deserved.  The experience was life changing.  It opened his eyes to the effectiveness of strategic advocacy and the power of perseverance.  Seth’s commitment to social justice and public service led him to law school and then to litigating federal civil rights claims on behalf of the City of New York.

Since then, Seth has gained considerable expertise in nonprofit law and fundraising. He’s held leadership positions at major national and international organizations including Amnesty International USA. Millennium Promise and Malaria No More.  He was also the Managing Director of Development, Communications, and Marketing at Gay Men’s Health Crisis, the world’s first HIV/AIDS service organization. Most recently Seth was a Senior Major Gifts Officer at Lambda Legal. 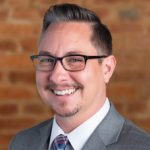 Director of Diversity, Equity, and Inclusion

Dru Levasseur is the Director of Diversity, Equity, and Inclusion of the National LGBT Bar Association. In this role he works to expand the Bar’s programmatic work, including Lavender Law 365, an LGBTQ+ inclusion coaching and consulting initiative perfect for law firms, law schools, and workplaces. As a leading figure in the LGBTQ+ equality movement for 25 years, 15 of which in the legal profession, Dru has extensive experience in law, advocacy, philanthropy, and community organizing.

Previously, Dru was Senior Attorney and Transgender Rights Project Director for Lambda Legal, the nation’s oldest and largest legal organization committed to achieving full recognition of the civil rights of LGBTQ+ people and people living with HIV. From 2009 to 2019, a critical time in history for advancing the civil rights of transgender people, Dru led Lambda Legal’s transgender rights work through strategy development, impact litigation, policy advocacy, and public education. He served as counsel in landmark impact litigation cases and amicus briefs in federal courts, including the U.S. Supreme Court. Dru represented Robina Asti, a 92-year-old WWII veteran, in a successful challenge to the Social Security Administration, leading to clarified policy for fairly processing survivor’s benefits. In McCreery v. Don’s Valley Market, he secured a landmark settlement before the Equal Employment Opportunity Commission for a transgender woman fired after transitioning in the workplace. He was co-counsel in Esquivel v. Oregon, resulting in the removal of discriminatory restrictions on transition-related health care for all transgender employees of the State of Oregon, and in Fields v. Smith, a federal case successfully challenging a discriminatory Wisconsin law barring its Department of Corrections from providing medically necessary care for transgender inmates. Under Dru’s decade of leadership, Lambda Legal’s transgender rights litigation docket more than tripled, integrating transgender rights across all areas of work, including health care, employment, education, criminal justice, housing and family law.

Dru was instrumental in the creation and development of Lambda Legal’s Transgender Rights Project in 2013, as well as Lambda’s most popular online publication, the Transgender Toolkit. He led the coalition work to publish the first Trans-Affirming Model Hospital Policy with the New York City Bar Association, Hogan Lovells, Proskauer Rose LLP, and the Human Rights Campaign. The guide has been well-received nationally by hospitals and adopted by government officials. As lead on Lambda Legal’s transgender rights advocacy efforts, Dru participated in the White House’s first transgender policy meeting in 2011, and met regularly with key federal, state and local officials, advising on development and implementation of policy. He represented Lambda Legal in international forums, including the World Health Organization in Geneva, Switzerland, and transgender rights INCLO convenings in Cape Town, South Africa and Buenos Aires, Argentina. A thought leader on cutting-edge issues, Dru authored “Gender Identity Defines Sex: Updating the Law to Reflect Modern Medical Science Is Key to Transgender Rights,” published by Vermont Law Review and excerpted in the book Love Unites Us, highlighting the future of LGBTQ+ rights.

Prior to joining Lambda Legal, Dru was the first staff attorney at Transgender Legal Defense & Education Fund, and before that, served as a law clerk in the Massachusetts Superior Court. In 2007, Dru co-founded the Jim Collins Foundation, a trans-led national nonprofit that funds surgeries for transgender people in need, funding twenty surgeries in ten years. He continues to serve as a working group member for Grantmakers United for Trans Communities. Dru also serves on the boards of the ERA Coalition and Fund for Women’s Equality. 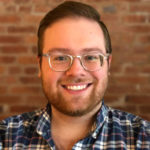 Logan joined the LGBT Bar staff in January 2019, working as its Operations Associate. In this role, he performed administrative tasks, maintains customer service with the organization’s members, and assists with advocacy programming. He is currently working as the Development Associate, assisting with sponsors and donors and ensuring the membership of the Bar is vibrant and opportune. Logan brings prior nonprofit and administrative experience to the team, as well as a passion for LGBTQ equality. He worked in retail for four and a half years, learning immensely about the nature of human beings and how to make them happy. He wants a career devoted to justice for all marginalized people, and puts his professional talent into causes he is passionate about.

Logan was born and raised in Louisville, Kentucky, where he attended undergrad at the University of Louisville. He earned two bachelor’s degrees, graduating in 2017 with a B.S. in Geography and a B.A. in History. He moved to the Washington, DC area to pursue a career in Geographic Information Systems, social justice work, or both. He has plans to eventually move home to Kentucky to get involved in community organizing. In the meantime, he enjoys his new home in the DC area, where he is learning that Cincinnati-style chili is not as beloved outside the Ohio Valley region as it should be. Logan is a lover of drag queens, country music, spicy food, cats, and progressive politicians. 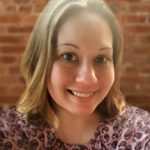 Maddie joined the LGBT Bar in May 2019 and helps coordinate the Bar’s programming, including Lavender Law®. She is particularly passionate about equality for LGBTQ+ individuals and women and is excited to be working with the LGBT Bar to promote social justice. Maddie attended James Madison University in Virginia where she received her B.A. in Anthropology in December, 2015. After working in retail for a few years, she moved abroad for a year to teach English to public high school, junior high school, elementary school, and special needs students in Chiba prefecture, Japan.

Maddie’s time abroad has given her an international focus, and she hopes to one day see a world where LGBTQ+ individuals are no longer discriminated against. She is currently undergoing graduate study in international education with a TESOL focus at the George Washington University. When not busy working or studying, Maddie likes petting dogs, reading, traveling, and eating Mexican food. 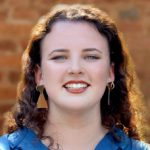 Emily has worked as an intern at the LGBT Bar since January 2020. She is a sophomore at American University studying history and political science from Los Angeles, California. Emily is passionate about activism in progressive causes, especially women’s, environmental, healthcare, and LGBTQ+ issues. Emily loves coffee, campaign work, podcasts, traveling, and Chinese food. 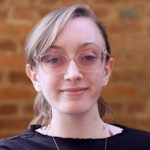 Siena has worked as an intern in the LGBT Bar since March 2020. She is a rising junior at Georgetown University double majoring in Government and Women’s and Gender Studies and minoring in French from Long Island, New York. Siena has pursued her passion for politics and government on the Hill and wants to advocate for women and the LGBTQ+ community after graduating. When she isn’t at the library, Siena enjoys watching workplace comedies, leading an LGBTQ+ student group, and drinking specialty lattes. 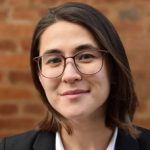 Ellen has worked as an intern at the LGBT Bar since January 2021. She is a 3L at Boston University School of Law and hails from Parsippany, NJ. Prior to law school, she taught English as a Fulbright ETA in Taiwan, and holds a BFA in Visual Arts from Rutgers University.  She speaks fluent Mandarin and is passionate about language access, and about access to justice movements more broadly. In her free time, Ellen enjoys running, drawing comics about law school, and communing with nature inside her apartment (parakeets, a turtle, and an ever-increasing number of houseplants).